We have become too reliant on our eyesight. We experience nearly everything with our eyes, yet we have 4 other senses that are often excluded, unceremoniously and unapologetically left out because if the view of our plate isn’t Instagram worthy then it surely can’t taste good, right. Our Instaworld, where judging the quality of everything takes up an average of 4 measly seconds to decide whether something is worth experiencing or not, offers very limited surface level goods. In everything really, from the people, you love, to the food you consume daily. But what if your vision was stripped, taken from you temporarily, so you can truly indulge in the food you eat without your strongest and most prevalent sense? How would the food and drink taste?

WHERE IT ALL BEGAN

The last decade or so has seen the steady rise of the ‘Dine-in-the-dark’ or ‘Dans le Noir’ restaurant, where diners pay to eat and drink in complete darkness.

It’s origins date to France where it all began. “Le gout du noir” or “a taste of darkness” is the figurative translation of the Parisian first dark restaurant, set up by Michel Reilhac who offered food and drinks in total darkness under the guidance and service of blind and visually impaired waiters. The official program was presented in the late 90s and was followed by the opening of a restaurant in the Montorgueil district during the summer of 1999. However, the restaurant was opened only temporarily. Four years later, a French entrepreneur, Eduard de Broglie established in cooperation with the blind foundation Paul Guinot, the “Dans le Noir,” which later evolved into the first international dark chain that was later adapted in London, Auckland, Madrid, Barcelona, Nice, Nantes and St Petersburg. 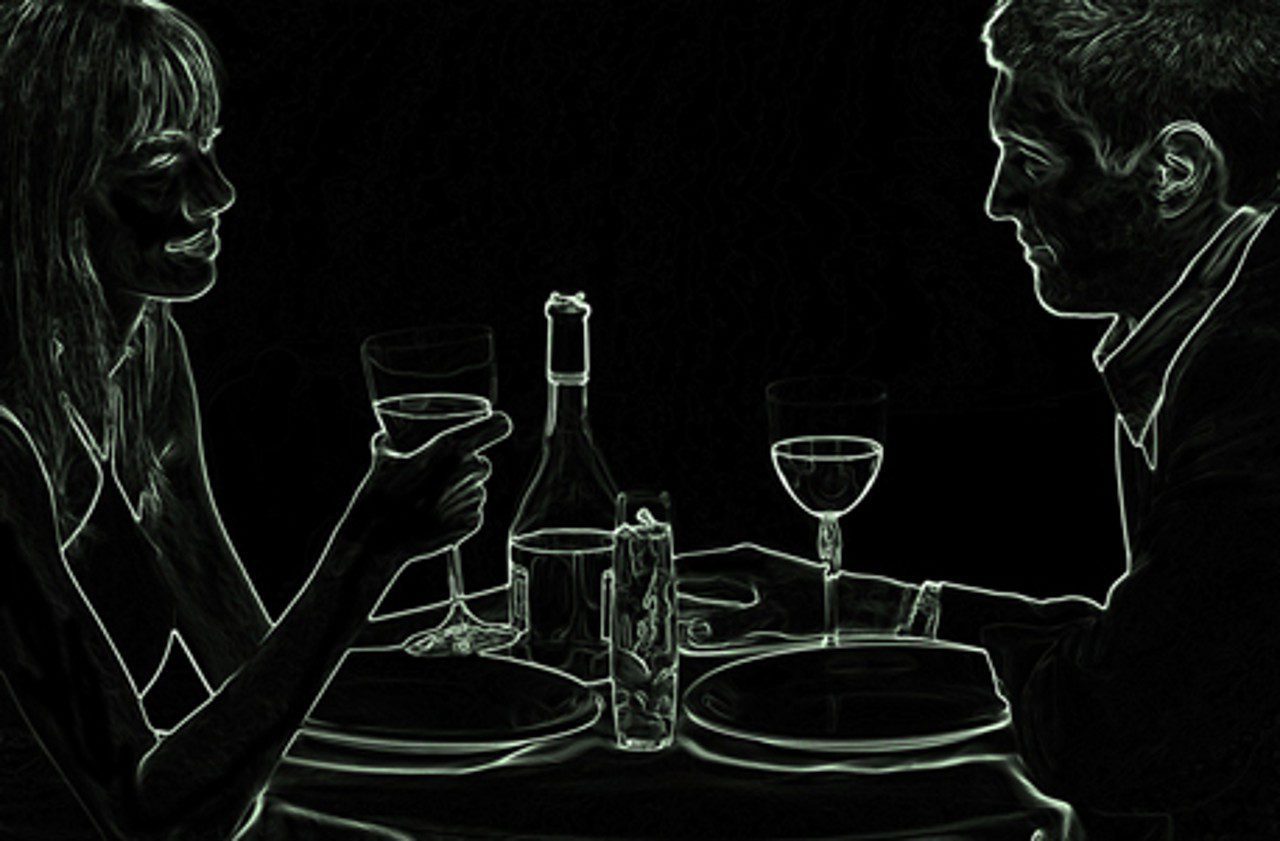 THE ABSENCE OF ONE SENSE

But what makes dining in the dark actually worthwhile if the eye appeal is supposed to be half of the meal, as the gourmet experts say. According to folk intuition, the result is a heightening of the other senses. Your sense of smell and taste become increasingly receptive to differences in texture and consistency. The aroma and flavours of the food become intensified when the lights are turned off and food in the dark consequently becomes a wholesome holistic experience.

DINNER IN THE DARK IN LJUBLJANA

Upon arrival, guests are instructed to leave all devices that emit light in wardrobe cabinets. They can feel and taste their way through a mysterious menu, which is served by highly qualified waiters. Not only will you experience a full sensory journey, but also a whole new way of socializing. Re-discovering our other senses is also a way to get back to the basics. Each evening also has an exclusive program, where the entertainer will lead you through various challenges and games, which will make a unique evening just further addictive.